Free Shipping on All Online Orders! 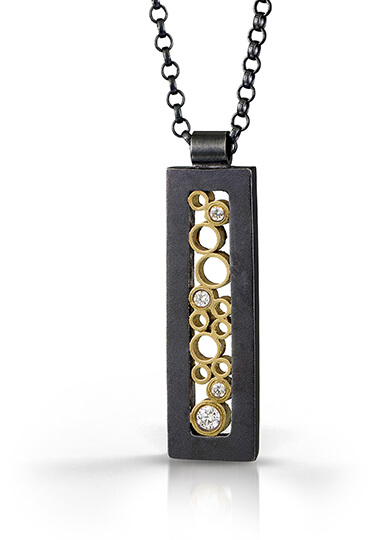 Belle Brooke Barer began her artistic career in a darkroom at her grade school in Houston, Texas. Her pursuit of art and photography continued throughout her college studies at Pitzer College in Claremont, CA where she received her Bachelors degree in Art. A few year later, while photographing historic buildings and structures for the Library of Congress she simultaneously began to study metalsmithing at the Crucible in Berkeley, CA. This new passion soon took a hold and she went on to study at Revere Academy in San Francisco, following up with a job as goldsmith in Sonoma County at Studio 311.

In 2006, after a move to Los Angeles she formally incorporated as Belle Brooke Designs, Inc. Brooke has been the recipient of many awards for her fine handcrafted artisan jewelry, among them the prestigious Spectrum Award as well as the JA New Designer of the year, Halstead Business Grant, Niche Award, JCK Rising Star, and others. Her work has been featured in many national and international publications and jewelry books. A skier, runner, yogi, and adventure girl at heart, Brooke has since made her home and studio in Taos, New Mexico, where she finds her balance in nature, art, and life.